We are preparing the next major update 2.63 of Fractal Space on Android & iOS!

This update will remain in BETA channel for quite some time, as it includes many major changes that could potentially break the game.

Please send any found bugs in this beta to bug@haze.games with screenshots and / or videos if possible! Thank you!

If you are going to test the BETA, please read this page entirely before playing!

Join the BETA now for the version you are playing:

Here is the summary of the new features and changes:

From Fractal Space 2.63, the Cloud Save System has been re-implemented from scratch to allow:

IMPORTANT: The older versions Cloud Saves are not directly compatible with 2.63’s new Cloud Saves Data. Don’t worry, to avoid data loss, we have implemented a Cloud Save Conversion every time you start the game from 2.63.

Please make sure to update to 2.63 on ALL YOUR DEVICES to avoid trying to open a new converted saved game on an older version of the game!

On the very first launch of Fractal Space 2.63, you will need to check if the Cloud Save conversion system works as expected:

Note: If the Cloud Save Profile Change button is RED, it means you are signed in, but your current state is not synchronized with any Cloud Save slot.

If it’s the case, please tap the button and select a saved game to load, or the “+” button to create a new slot – it will set it as the new active slot.

The converted save file should display play time appropriately (total active play time in this save file), and the correct Chapter and other description text:

You can then press “Back” to cancel, or the “Select” button to load it now. You can also tap the “+” button to create a new save slot right now and set it as active slot.

From 2.63, the entire system for Leaderboards & Achievements has also been re-implemented from scratch, to allow:

Since the system has been heavily changed, it would be great if you could test:

Thank you in advance for testing, and please report any issues to contact@haze-games.com with screenshots or videos of the bugs if possible.

On the FREE version, the In-App-Purchases system has changed. This new system requires the Unity Analytics system to be enabled. We don’t like this, but we don’t have any other choice.

Even though we are not gathering any personal information, we still need to allow the user to disable all data gathering caused by Unity In-App-Purchases system.

On the FREE version, you will now have an additional privacy setup button that allows you to fully opt out of all analytics. The only data gathered is non-personal information (statistics) about the game and crash reports.

Many bug fixes coming from the recent PC Pre-Alpha updates have been applied to the Pocket Edition, including: 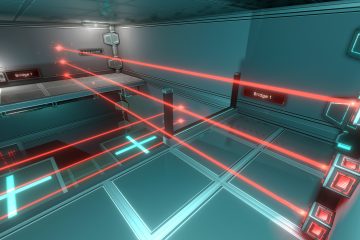 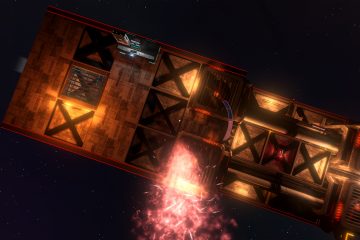