The latest update 0.597 is now ready for testing, and fixes many of the in-game reported bugs.

However, there were many reported bugs, so only around 40% of them are fixed. We will gradually work through them all and fix over the next few updates.

We focused mostly on the important major bugs for this update.

Here are a couple of changes in this update:

Here’s a short list of most important fixes in this update (many more in-game reported bug are will be mentioned on the Discord server):

Thank you for testing! We’ll continue working on the various remaining bugs, and re-update over the next few weeks for the next bugs 😉

Sometimes to do not reappear the same fixed bug item, you can use the dash to list all bug fixes of that item for example in this case was “pressure plates:” you can write in this way:
• Pressure plates:
– fixed thing 1
– fixed thing 2
I know it looks good also write the fixed item for every single bug fix, but for reading flow I think is better to write it once. Imagine you have to write 3-4 or more times the same fixed item… it will looks repetitive for reading… also because the bold text feels to be another argument/item so when we read that is again the previous item, it feel strange.. like a looped /duplicated thing anyway I’ll be still ok if you will keep writing the same item/object name for every fixed bug

Hello, dear Fractal Space players! We have worked on a new 0.596 update for Fractal Space on Steam, in order to fix most of the remaining bugs reported by players in 0.595! Now that this Read more…

Hello dear Fractal Space players! The new 0.595 update is now ready to be tested, and focuses on stabilizing the new changes introduced by 0.594. In the next few days, we will be sending Steam Read more… 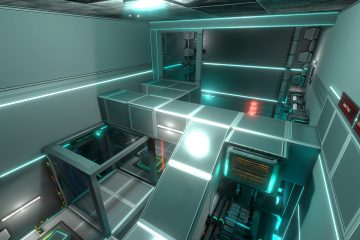 Hello, dear Fractal Space players! After a large amount of work and time, the latest major update 0.594 for Fractal Space is now live on Steam! This update brings a crazy amount of bugfixes, improvements Read more…